All Day Every Day 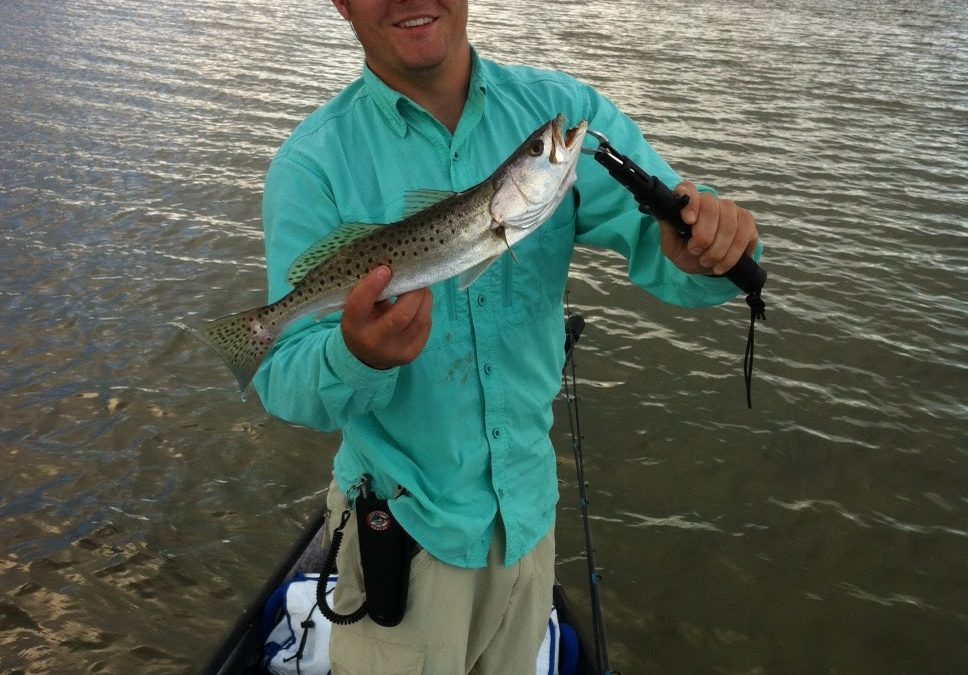 [vc_row][vc_column][vc_custom_heading text=”Somethings never get old.” font_container=”tag:h1|text_align:left”][vc_column_text]Like thinking through the to do list before a fishing trip or late nights tying leaders, top water plugs and #6 xraps. Staying up late and getting up early is quickly becoming the Go Castaway Fishing Charters tradition. I could do this all day, every day. Few things are better than being on the water and watching the sun peak over the horizon. Adventure was on the docket for the day, and that meant exploring some backcountry waters. The weather was going to be a gamble and when we arrived, the wind was howling out of the east at 20, but that didn’t stop us. We loaded the gheenoe, launched and headed out for what’s called Catfish Creek, on the Banana River in Cocoa Beach, Florida, for our shot at an early summer tarpon bite. The morning brought bait and rain showers and the tarpon were moody at best. We found tons of schools of mullet on the flats, and with them, Trout, lots of Trout. It became a Trout fest. As we drifted and fished the edges of the channel, we began catching fish on almost every cast. By mid morning we had landed Jacks, Trout, Redfish, and stringer ladyfish, also known as a poor man’s tarpon and great bait.[/vc_column_text][vc_gallery type=”image_grid” images=”380,382″ img_size=”medium” css=”.vc_custom_1465646350724{margin-top: 2% !important;}”][/vc_column][/vc_row][vc_row css=”.vc_custom_1465649041118{margin-top: 4% !important;}”][vc_column][vc_custom_heading text=”Dolphin were out and about all morning”][vc_column_text]

It is quite the sight, watching these unique creatures chase and capture their next meal. Mullet were dancing and dolphin swimming and flying through the air like a show at Sea World. I don’t care how many times I get to witness this, it’s always cool. We even had a little visit from a hungry guy. We had our stringer tied to the cooler and the lady fish hanging in the water, when this Dolphin came up to the boat to grab the fish. It was hilarious. He was just hang out at the boat, trying to snatch our bait. He came up 4 times before I grabbed my phone and took a quick shot with the video camera. It was pretty awesome!

After lunch and the passing of a quick shower, we were back at it, only this time we headed further south to explore the back country of thousand islands. There is something exciting about going into the backcountry to fish. You never know what might be swimming around back there! Its a treasure hunt and the hunt was on. We quickly started catching fish. First another red and then a trout. But we were still looking for some poons. The area looked great and we were waiting for any sign of tarpon. I wanted to see that silver king on my guests line. As we made our way through the maze of endless islands and mangrove tunnels, we finally found our tarpon. Juveniles weighing to about 15 pounds, rolling just in front of the mangroves. These tarpon sure are a blast. Multiple fish were hooked up and it is a sight watching them dance around above the water! After jumping 3 or 4 tarpon we moved on and my guests was working a beat up top water plug and all of a sudden boom, strike and a miss. This fish was hungry and that plug was driving her crazy! She came back at hit the plug 4 times before she took it and was hooked up! She ended up being the biggest fish of the day and honestly a great way to end the day on the water!