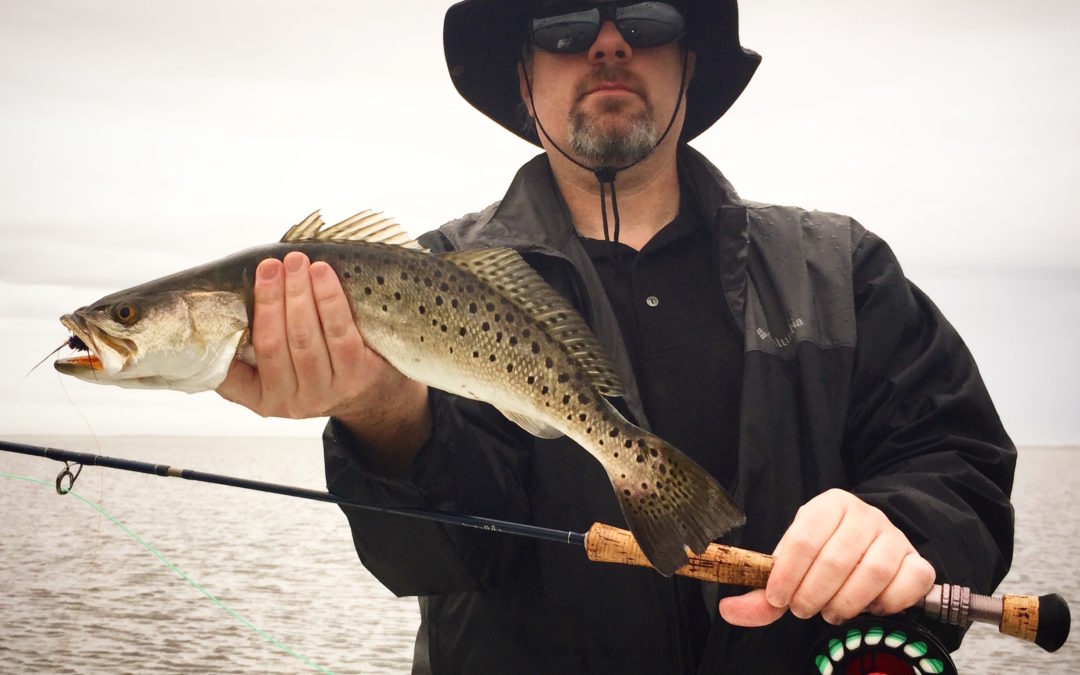 Brandon joined for a full day Orlando fishing charter on the Mosquito Lagoon. I picked him up at his hotel near Sea World Orlando and we made our way to the Space Coast for an overcast chilly day of fishing. Brandon had decided, despite the wind, that he wanted to fly fish! We had multiple shots at some great fish and he was able to land this beautiful Speckled Sea Trout on fly. Congrats on the great fish Brandon. We also were able to cast to some VERY large tailing Black Drum. These fish weighed around 40 pounds. I pointed out the fish, Brandon made the cast and BOOM FISH ON! It was so exciting to see that monster of a fish eat that little shrimp pattern fly. After an incredible battle, 7 runs from the boat taking over a 100 feet of line at once and an hour battle, the fish pulled the hook. It was a heartbreaking moment for us both, but a good memory and a definite desire to get back out there for the big one!

Let’s get out on the water and create new fishing memories together.